The Danish Government has announced that a climate labeling system on food products will accompany its plan to become carbon neutral by 2050.

Officials from the Danish Ministry of Energy, Utilities, and Climate stated that the Government is proposing to work with supermarkets to place stickers on all food products that clearly indicate their carbon footprint. The proposal would help consumers make informed choices, with Denmark’s Minister for the Environment, Lars Christian Lilleholt, explaining, “We want to give consumers the means to assess in supermarkets the environmental impact of products.”

Research from the University of Technology Sydney and Duke University suggests that using labels that are easy to understand may create demand for responsibly produced food. Lead author of the research, Dr. Adrian Camilleri, describes the current lack of transparency, “With an appliance such as a heater you can feel the energy used and see an electricity bill at the end of the month, so the impact is quite salient, whereas the impact of food production is largely invisible.” 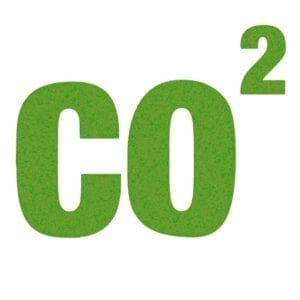 Minister Lilleholt says that giving consumers easy access to information is important, but accurate labeling comes with a long list of challenges. The labels may have to consider water and land usage, life-cycle analysis, greenhouse gas emissions, and carbon footprint from transport. Director of the Danish Agriculture & Food Council, Morten Høyer, approves of the proposal, but notes a challenging component: nutritional value. “It might be necessary to weigh up the environmental impact against the nutritional value of the product. A bottle of soda may have a low environmental impact, but it is not a product you can live on,” says Høyer.

Developing a comprehensive labeling system that spans all food products in Denmark’s supermarkets may take time, and a formal launch date has not yet been set. If successful, climate labeling could shed light on which practices produce healthy food more sustainably and may even inspire competitive innovation from producers. “My impression is that there is a demand for knowledge about how individual consumers can contribute to improving world climate,” Lilleholt says.

Denmark, which ranked 17th in the world in the Climate Change Performance Index, announced the proposal last year in the wake of the Intergovernmental Panel on Climate Change report highlighting the consequences of global warming.

Here you can read source.

Beekeepers worried: News is coming from all over Croatia about bee deaths