Beekeepers worried: News is coming from all over Croatia about bee deaths 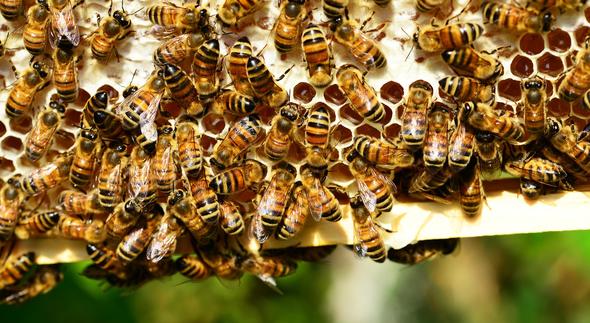 In addition to high temperatures, the cause of bee deaths, experts say, may be the excessive use of pesticides in agriculture, which is especially characteristic of Slavonia.

According to the Faculty of Agriculture in Zagreb, in the last month beekeepers from Istria, Dalmatia and Slavonia have reported noticing bee deaths in their hives, and experts cite the high temperatures that affected Croatia and other European countries in February and beyond. , so the bees thought that spring had come and, instead of resting, they came out of the hives and instinctively wanted to do their job, reports Glas Slavonije.

In addition to high temperatures, the cause of bee deaths, experts say, may be the excessive use of pesticides in agriculture, which is especially characteristic of Slavonia, where crop production is intensive. Experienced Vukovar beekeeper Milorad Gaković, from Vukovar’s Lužac settlement, a member of the Cornacum Beekeeping Society, who keeps hives in three places along the Danube and in the yard of his house on Lušac, took 171 hives this autumn and was unpleasantly surprised when he noticed that after the first spring opening societies with live bees halved.

As far as he learned from colleagues from Vojvodina and Bosanska Posavina, the situation is similar with them, but many beekeepers do not want to talk about it because they are ashamed, thinking that they did not protect their societies professionally and conscientiously enough. Gaković mentions the case of a Vukovar beekeeper who lost 300 hives, leaving only about 20 of them. 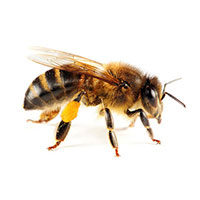 According to Gaković, the reason for the death of bees in eastern Slavonia is mostly pesticides. Namely, he noticed that the greatest damage occurred in the hives placed next to the fields that are cultivated and treated with protective agents.

– We live in the border area and some farmers go across the border to buy pesticides that are not allowed in our country precisely for the protection of bees or are much more expensive. Also, many do not follow the instructions on the permitted amount of pesticides, so they add more and poison everything. If the fruit trees are sprayed during the day while the bees are pollinating them, the damage is invaluable and the bees die on the fruit trees or on their way back to the hive. We, beekeepers, have damage, but also fruit growers because with the disappearance of bees there is no one to pollinate fruit trees, so yields are reduced – warns Gaković, adding that large losses of bees in sunflower fields, especially where oilseed rape was treated with herbicides. poisons are found in the soil and sunflower pulls them into their pollen and nectar. Stanko Culjak, president of the Vukovar-Srijem County Beekeepers’ Association, says there is no official data on the damage and how many bees and bee colonies died or who they could be. causes of death, as some beekeepers say.

– The statements of beekeepers are diverse and in accordance with previous years, there are no reports of particularly drastic cases. But no one gave the bees for analysis, so we do not know the exact cause – says Stanko Culjak, the first man of the community of beekeepers in the easternmost county, where more than 450 beekeepers and 14,500 hives, and which will produce 500 tons of the highest quality honey this year. Miroslav Flego

Those who complain of losses mention varroa, a parasite that attacks honey bees, and nosemosis, a bee disease infection that is initially difficult to diagnose in an apiary without good laboratory equipment.

In warm weather, the bees began to come out of the hives, but they could not find food outside, and they were consuming supplies in the hives. Experts warn that high temperatures are known to affect the development of many diseases. It also happens that the queen begins to lay eggs, the young consume food supplies and such a brood often does not last until the summer, so beekeepers fear that the death from four years ago will not happen again when 20 per cent of bees were destroyed.