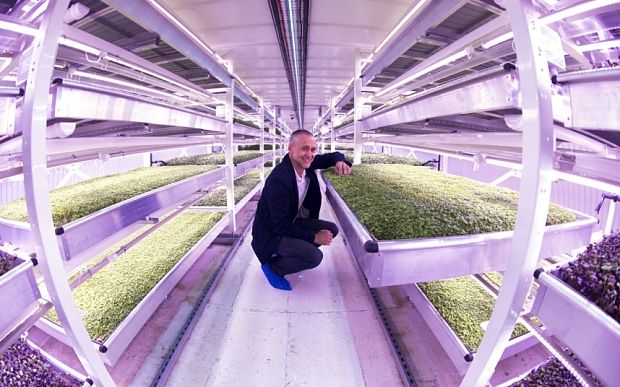 Countryside and farms have become almost synonymous but in a former World War II air-raid shelter in London two entrepreneurs are aiming to change that.

The complex, which is 30 metres beneath the ground, is filled with herbs, salads and ‘micro-greens’ destined for some of London’s best-known restaurants. 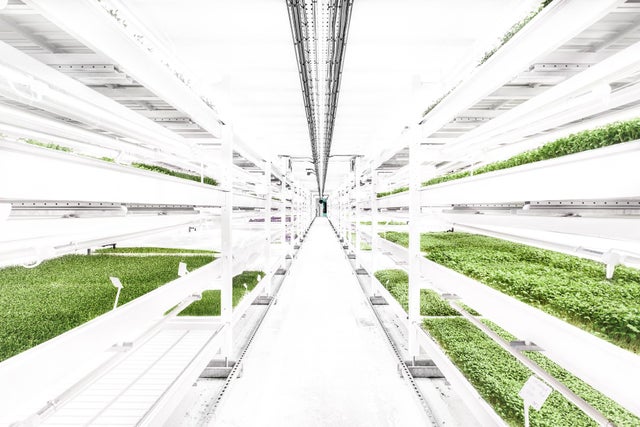 Run by Richard Ballard and his business partner Steven Dring, the underground farm was created to be fully sustainable. Plants are grown on carpet beds and nourished with newly developed LED lighting. The pair says the venture has been so successful that supply has outstripped demand.

The site used to be an air-raid shelter. It was used by some 8,000 Londoners at the beginning of the 1940s but fell into disuse soon after.

It was taken on by the business-focused pair following a crowdsourcing campaign, which raised more than one million euros.

NBC’s Nikolai Miller took a trip deep down into the farm to see what the fuss was all about. Take a look in the video player, above.

Here you can read article.