Why does Croatia need digital agriculture?

“Because it is a means to achieve strategic goals” – Marko Kozjak

The agricultural sector today is losing a large amount of arable land, using too much drinking water, overusing toxic pesticides, relying too much on monocultures, losing or consuming too much food which ultimately leads to unhealthy diets. By 2050, the world’s population is expected to grow by another two billion people, and feeding so many people will become a major challenge. Digital solutions can solve some of these challenges.

The latest report from the Center for European Policy Research (CEPR, “Digitalizing Agrifood”) claims that the introduction of digital technologies in the agri-food chain would lead to increased yields, reduced waste and changes in consumer behaviour, which contributes to sustainable development goals.

Croatia is just beginning to use digital solutions, but some of them have already proven successful. The Ministry of Agriculture has recognized the benefits of digitization mostly through the most well-known systems ARKOD (land parcel identification system) and AGRONET (system for filling in incentive requests and reviewing databases). The Ministry announced the monitoring of agricultural activities with the help of satellite images from 2021. Currently, only five per cent of the area in Croatia is controlled, and the monitoring system will monitor whether farmers carry out the activities for which they have received support and issue sanctions accordingly. According to the current monitoring data, there were approximately 400 plots (about 6 per cent) on which the crop was reported, without the activity for which the incentive was obtained. An agricultural ID card and an e-signature have also been announced to make it easier to apply for grant applications. However, in addition to administrative facilitation, digitalization and the introduction of new technologies must be applied to the precision agriculture system, but also to the improvement of the transparency of the food system.

Croatian digital companies for agricultural solutions GDI d.o.o., AGRIVI, Intertim has been working on agricultural land monitoring systems for a long time in order to develop a professional farm management system (FMS). VeeMee, on the other hand, is working to achieve food chain transparency. 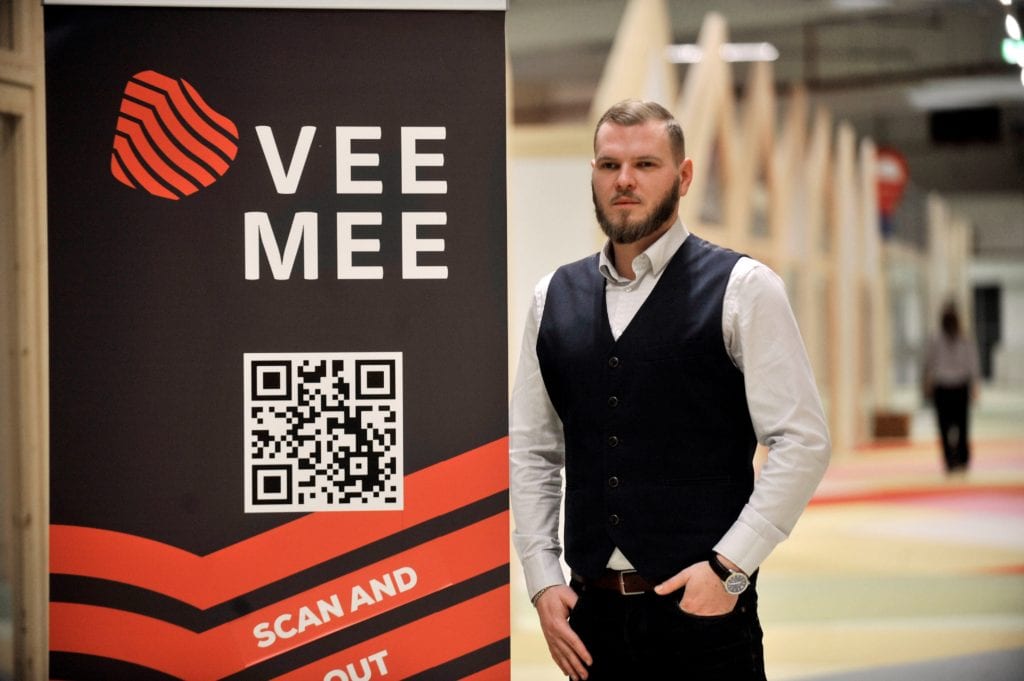 As part of the conference “Digital Agriculture” held on November 10, 2019, at the Faculty of Agriculture, University of Zagreb, the director of Intertim Jan Marinac presented one such new application for the Croatian and foreign markets – AGRODOX. This free application allows farmers to monitor activities on their farms via mobile phone, especially in the cultivation of agricultural plantations. It includes tools such as weather forecast, fertilizer calculator, sowing, recalculation of area units, news from the field of agribusiness, etc. Marinac also cooperated with the company Agrivi entrepreneur Matija Žulja, which will provide farmers with full access to a professional farm management system. – Agriculture is the sector that is most often neglected in terms of innovation. However, it is a sector that is developing rapidly in the world and at the same time can very easily and quickly introduce new innovations. We think that it is very important that agriculture in Croatia keeps pace with innovations on a global level – said Marinac. Through the new Common Agricultural Policy (CAP), the European Union will fund more new technologies and innovations, and encourage young and small farmers to take up this business. Sustainable agriculture will be part of a new strategy from Farm to Table that is part of the European Green Agreement promoted by Ursula von der Leyen, the new President of the Commission. In addition, in April 2019, 25 Member States signed a joint declaration of the Commission for the “Digitization of European Agriculture and Rural Areas”. – We believe that in a few years a huge space will open up connecting the IT sector and agriculture – said Marinac.

But digitalisation also brings with it a number of challenges. The first is the financial one because the CAP does not currently offer a good enough proposal on how to introduce new technologies. Options in the CAP include “voluntary allowances for sustainable agriculture” that will condition investment in precision agriculture; but also the creation of a third pillar of the CAP in order to promote environmental protection, and will include the use of sustainable technologies. The targeting of national funds will be crucial for the distribution of funds towards sustainable agriculture. Currently in Croatia, agricultural sub-measure 4.1.1. from Rural Development funds used for the purpose of modernization of agricultural holdings. Another challenge is the education and vocational training of farmers for new digital skills. The existing approach in the CAP does not go far enough in supporting the creation of local organizations that would work to strengthen new skills and competencies. Also, currently, about 20 per cent of farmers only fill in the requirements in the system of the Ministry of Agriculture. In Croatia, the old mechanization fund still predominates, and there are a small number of farms that use precision mechanization, drones or sensors in agriculture. But positive developments are visible. One such project is currently being implemented through the SAN (Smart Agriculture Network) project, which will be implemented in cooperation with the Department of Ecology, Agronomy and Aquaculture of the University of Zadar, Zagreb-based company “Elektrokovina plus d.o.o.” and olive grower Dr Ivica Vlatković in Novigrad and Nives and Goran Morović in Žman on Dugi Otok. Zadar scientists and experts from the Zagreb olive groves in Novigrad and Žman will set up monitoring systems for everything that happens in the olive groves so that, after collecting a wide range of data, they can act quickly and in a timely manner and reduce damage. It is already obvious that for the development of any form of digitalization in Croatia it is necessary to collect a large amount of data (Big Data). But collecting and storing huge amounts of data requires a lot of effort and energy consumption. The big disadvantage of the current systems in Croatia is that “farmers and field interviewers enter the data themselves”, claims Marko Kozjak, director of VeeMee.

– Today we live in the age of blockchain technology – which means that a small farmer enters data via the FMS system. Today, the farmer will type something and tomorrow he will forget – said Kozjak – and for the technology to be applicable, an IoT system (Internet of Things) is needed, which can record clearly defined parameters through automatic registration, also using machine learning (machine learning or artificial intelligence). ). Applying the blockchain in the context of monitoring and radio recording of over 100 million data per parcel would create a large digital waste that needs to be stored. Enormous energy from almost one “nuclear power plant” is needed for storage, Kozjak explains.

When asked why Croatia needs digital agriculture, the simplest answer is that it is “a means to achieve strategic goals.”

– The problems of family members are the placement of goods, quantity, price and security. What they share with the customer is price and continuity, but currently, in Croatia continuity and price do not work because they are not sustainable – said the Zagreb entrepreneur who through his application develops something that he considers important in solving market problems: “find out what is produced, who produces, where and how much it produces ”.

Transparency and availability of data can solve many problems, but also solve the problem of food waste. On average, 1.3 billion tons of food are thrown away in the world, and 380,000 tons in Croatia, which is equivalent to a third of food production. “Digitization has helped solve about 70 per cent of logistics problems such as misdeclarations, torn pallets and boxes,” which is why some proper food in retail chains is treated as a “return of goods that results in food waste.” Ultimately, food transparency and traceability should be available to all and influence the end consumer who needs to learn to make smart choices when shopping.

Addressing the future of food supply also means fighting climate change. A recent IPCC report on climate change concluded that the supply of vegetable oils and meat to the population had more than doubled, and the supply of food calories per capita had increased by approximately one-third since 1961. By 2050, food changes could free up several million square kilometres of land and reduce global carbon emissions to eight billion tons per year. In addition, more than 820 million people worldwide are malnourished, and a much larger number are consuming unhealthy diets that contribute to premature death, according to a UN report.

“Global food production is the greatest pressure that people are causing on Earth, threatening local ecosystems and the stability of the earth’s system,” the report said. Croatia is small in the entire global system, but already positive examples of digital companies prove that there is a lot of potential for the development of innovative solutions that can contribute to sustainable food production.