The key of sustainable agriculture is investing in people 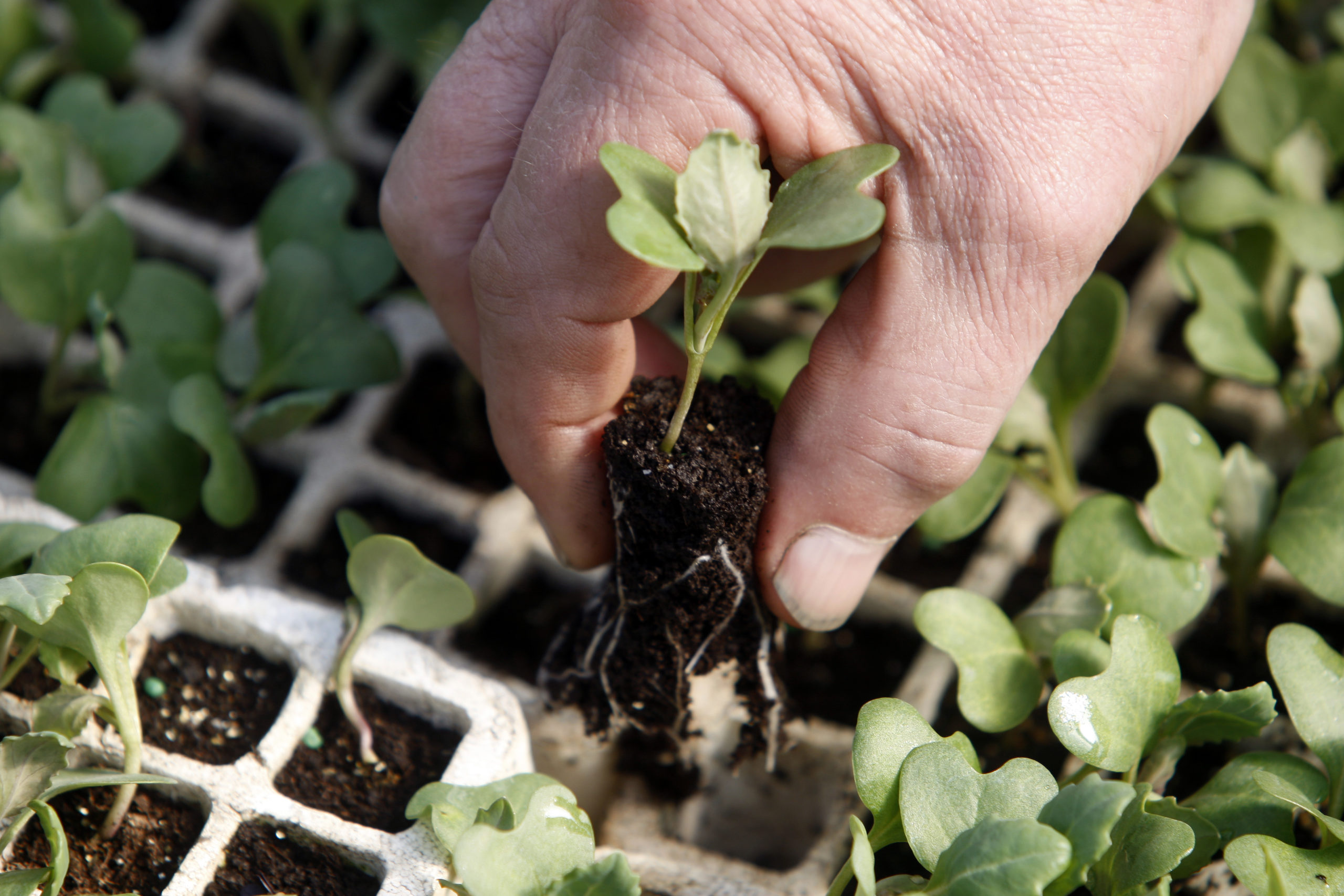 What is more important for sustainable agriculture: development of people, local resources, infrastructure, telecommunications system or vision? Most of us might answer “local resources and infrastructure”, but what is the correct answer and what makes up the blood picture” of Varaždin County agriculture will be revealed to us by Dragutin Vincek, Head of the Administrative Department for Agriculture and Rural Development of Varaždin County

One should not even ask how important agriculture is for Varaždin County, but also for the Republic of Croatia and the world. People have to eat every day. Agriculture is therefore a vital activity of any healthy economy. It is an integral part of biodiversity in which we store resources for some future generations. Likewise, it is part of the mosaic that surrounds us, that gives us a sense of belonging, allows us to feel beauty. Beauty. Truly beauty. Because staying in nature, in the fresh air, is a favourite kind of vacation for many, and this is exactly what we find in an environment where agriculture has authority.

It is a county with 8,372 registered agricultural holdings, of which 7,709 are family farms. This is a large number of hands that are ready to work in the field, but each story hides two sides, good and bad, and so does this one. In order to end this story exactly the way we like it, we will reveal the agricultural problems that plague this country right at the beginning. As the biggest problem in determining a longer-term and more serious projection of the development of agriculture in the Varaždin region, Mr Vincek states a large number of plots and the fragmentation of the property. Small plots and fragmentation are the main obstacles in the creation of modern family farms, i.e. the development of opportunities for organic growth of those who can and want to work.

The role and survival of small farms do not depend primarily on economic development, but mainly on agricultural policy, inherited land structure, land management policy and the culture of an individual nation, said Mr Vincek.

That Croatian agriculture is lagging behind the European one is unquestionable, but small farms can survive in Croatia just as they survive elsewhere, and many of them can (and should), just like everywhere else in Europe, be an important source of economic growth.

And that is why Mr Vincek points out, it is important to use rural and regional development to improve the attractiveness of rural areas and thus strengthen the local economy, raise the standard of citizens and increase employment opportunities!

In order to overcome these problems that plague this county and to provide a chance for the revitalization of rural areas, investment is needed on several sides. At this point, we return to the beginning of this article where we asked you: “What is more important for sustainable agriculture: development of people, local resources, infrastructure, telecommunications system or vision?“. Mr Vincek will say emphatically: “all areas of investment are equally important!”, So investing in people is necessary for the following reasons:

“People are a fundamental source of knowledge-based productivity. Increasing education, increasing innovation and increasing investment leads to higher wages, which is a very good alternative to the vicious circle of low-wage and reduced levels of industrial employment, with high-quality lifelong learning playing a significant role in preparing people for success in a new, dynamic economic era“.

“Natural resources such as land, mineral resources, landscape and climate, at least initially, should be used as the initial base in the geographical area where they originated. Agriculture still plays a key role in the development of the social community, while sustainable agriculture is to some extent based on knowledge (cultivation, production) and primarily depends on the productivity of the local population. It is first and foremost contemplation, which requires the ability to implement observation into information, information into knowledge, knowledge into understanding, and understanding into wisdom.”

No less important is the investment in infrastructure, and in addition to good roads, modern telecommunications systems, says Mr Vincek, will be a key element in developing competitiveness between rural areas and suburban and urban areas. He is convinced that 21st-century communication systems will be more important for rural areas today than once were the electricity supply program.

This is exactly the basis of Varaždin County&#39;s support to farmers through the VeeMee platform: “Today, when we do not drop mobile phones, it has never been easier (or more transparent) to get the first and concise information about the product on the shelves, via QR code. Utilizing the benefits of digitalization in the form of fast and transparent information is certainly the future of agriculture, but also of other sectors. In this case, the fusion of agriculture and technology and the potential of technology and digitalisation has been exploited in the best possible way. Because is there anything more respectable than producing food for your family and the wider community and providing fast and transparent information about the food we serve to our children at the table? ”

Sharing a vision is the last item to invest in, says Mr Vincek.

“People who want a better quality of life must not be mentally closed within the vision of rural areas as a place of depression, decline and decay. On the contrary, they need to think, act, and share a vision that promotes new hopes and inspirations. The vision of some people in the community will differ in many respects from the vision of others. However, people in the community must look for
common elements and aspirations, and the future of the rural area belong to those who are ready for demanding moves and tasks.”

The entire revitalization of the rural area is summarized, as he says, in:“

Long-term plans should include the education of primary and secondary school students, supporting farmers to lower final prices for consumers, uniting farmers in cooperatives and associations, enabling public institutions to exclude certain groups from the public procurement system.

In this case, the price will no longer be the only criterion but: the method of production, ordering seasonal products, the principle of short supply chains, a smaller amount of packaging, the use of recycled materials.“

In all this, it is necessary to be guided by the idea of self-sufficiency in food production. Self-sufficiency, says Mr Vincek, first of all, means security, both financial and economic, as well as spatial and energy for every democratically organized state, and that is what we are (or should be), right?

The entire philosophy and practice of agriculture are permeated with demanding moves. And that is why Mr Vincek, when asked how to attract young people to this sector, answered: “one thing should be known, and that is – agriculture is a lifestyle. People, young or old, are not attracted to it. Agriculture needs to live in them. They should choose the lifestyle in which they are aware that they have an open-air factory, that if they have animals there is no day off and that Saturday or Sunday are no different from other days of the week.”

Only those who are diligent, brave and courageous can really do that. Those who are capable of rising above political issues and do not blame the institutions and the state, but roll up their sleeves and get down to business. And that is why we dare to say – after all, man is the key to sustainable agriculture! Because neither the infrastructure nor the communication systems will have the opportunity to write their story without a man. The Varaždinsko povrće Cooperative also writes its own story. A cooperative story. The county recognized their work and value a long time ago. They showed this with multiple financial assistance (purchase of a packing machine, grinders …).

There are many who are waiting for help, whether from “neighbours”; the state or the county, but how did the Cooperative Varaždinsko povrće attract the attention of Varaždin County? Mr Vincek points out: “They believed in their idea. They took responsibility! All investments might have been “wasted money” if these responsible people, in the end, did not trust each other!” From this, we once again confirm that man is the main factor of the revitalization of rural areas and sustainable agriculture.

An inspiring story about the Cooperative Varaždinsko povrće will be waiting for you in the next article.

The most beautiful sea has become the third most polluted with plastic: Here’s what you can do to save the Adriatic