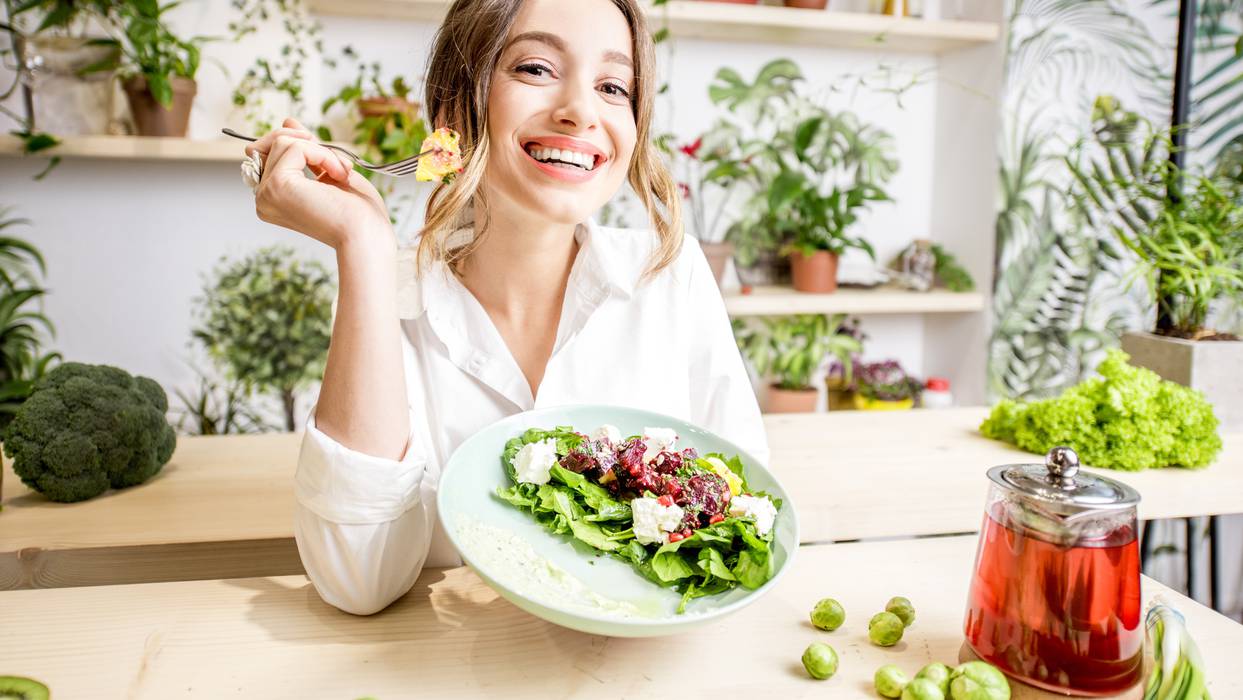 Powered by Start Something Of Your Own

Do you know where your Viennese steak came from? And where are the dug potatoes for your mashed potatoes? Where is the harvested salad you just served? Do you know who, where and when produced the food you eat? And we thought you didn’t know! But the good news is that you can find out all this quickly and easily

Tell me what you eat and I will tell you who you are, wrote the long-known French gastronomic author Brillat-Savarin. But what if we can’t answer that question because we don’t really know what we’re eating? Meat that arrives in supermarkets from the other side of the world, after being frozen several times and then thawed. Bakery products that come to bakeries who knows where, deep-frozen, and then baked in front of you to get the impression of fresh and homemade. Fruit that is harvested unripe and refrigerated is transported across several continents and is never really of satisfactory quality. Do you mind all this and much more related to the food you consume? Well, the good news is that the start-up VeeMee from Zagreb has devised a smart solution for food traceability.

In other words, this company allows you to find out what you eat and who produced your food, and where. They have submitted their innovative solution to the “Start Something Of Your Own“ competition, which has been jointly organized for the fifth year in a row by Philip Morris Zagreb and ACT Grupa, a support organization for the development of social entrepreneurship. And support was not lacking. Thanks to this initiative, the six best projects in the next six months will receive continuous business advisory support and non-refundable financial support in the amount of HRK 74,000.

– I wrote a project related to food traceability in 2014, and the realization began in 2017. I opened the company with my business partner Nikola Vido, and by investing our own funds, we started the development of the VeeMee platform and the realization of the entire project – reveals Marko Kozjak, director and co-founder of the company.

All because of the children

They decided to take action after their children were born and, he says, it immediately became clear to them that they had to ensure a healthier life.

– The only way to make it possible for them was to first be sure where the food we eat comes from. Ensuring transparency and availability of information within food distribution – this immediately imposed itself as the backbone of what we do today. The very name of our company – VeeMee – was created by merging the names of our sons – Vito and Mihael. However, they encouraged us to start the project – Marko reveals.

Because they offer a specific service and consulting concept, the VeeMee team currently has seven members – external partners who are continuously engaged in the project.

– All of them are top experts with many years of experience in various business domains. We also have a young member who learns, works, and builds through VeeMee – Marko Kozjak tells us.

Do you know who, where and when produced the food you eat? – Scan for answers

The VeeMee platform enables food traceability from producers, through purchasers/distributors to the end consumer. It is enough for the customer to simply scan the code on the product at the time of purchase and can immediately find out everything about the product he intends to buy. And what are the benefits for partners?

In addition, he points out, the platform is publicly available, and all its partners, family farms, and other food producers are promoted through all channels. Partner profiles on this platform are set up so that even without their own websites, they have a kind of microsite that they can use to highlight their services. “We are happy to highlight our partners on all occasions, not only as an example of good practice and cooperation but by presenting their quality products,” concludes Marko.

So far, their labels have found their way onto more than 10 million products, providing origin data for more than 20,000 tons of fresh goods. The VeeMee platform includes more than 2,000 manufacturers, and the base is continuously growing. Marko Kozjak points out that so far they have saved more than 2,000 tons of food from being thrown away.

– Since we are continuously working with our partners and shopping centers to solve the problem of food waste, we came to these significant figures through detailed process analyzes and detailed records of companies, types of goods, and the problem. Thus, we came to the conclusion that as much as 70 percent of food returns from shopping malls are the result of logistical problems.

The money received by VeeMee in this tender will be used to activate and support family farms and small producers from Sisak-Moslavina County and to promote them.

– With the support of the ‘Start Something Of Your Own’ program, we have decided to additionally invest our own money and we will sponsor all new partners from this area throughout 2022 – announced Marko Kozjak.

The plans, he reveals, include continuing to work on digital traceability, promoting farmers, and increasing the number of users.

– The motivation with which I started the project, the desire to know what my children eat, continues to lead me and I want to encourage others to think about the importance of the origin of food – concluded Marko Kozjak.

Source: 24 sata – Do you know who, where and when produced the food you eat?

To throw away as little as possible: Croats founded an innovative company that saved 750 tons of food last year