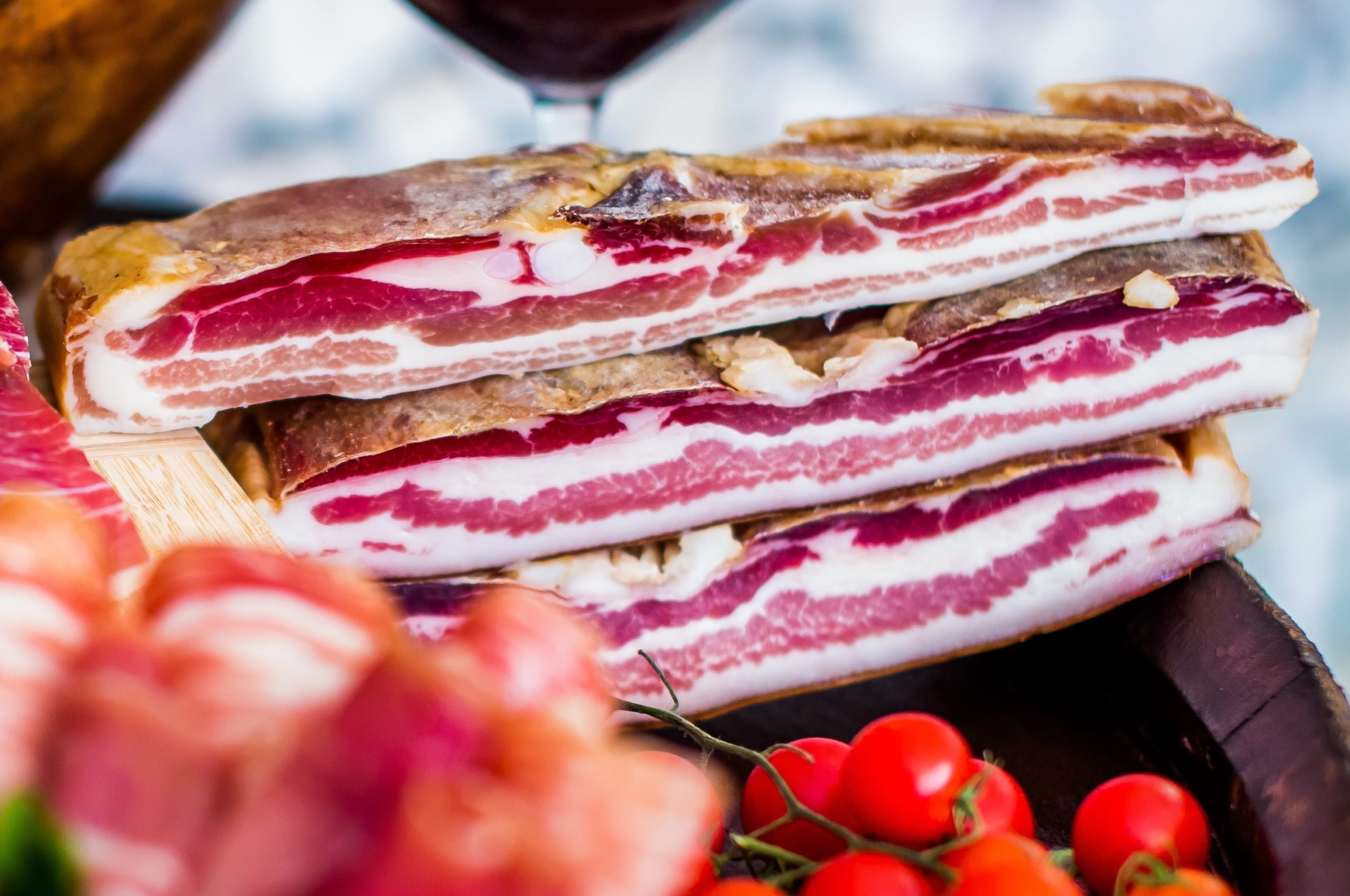 If you had only one attempt to guess what a Drniš man is famous for, what would you say? For prosciutto production? And we would. Even though the prosciutto from Drniš is heard far and wide, not everyone is equally good. This, however, is not the story of one such. Drniške delicije Maran is the story of producers who opted for quality instead of quantity. 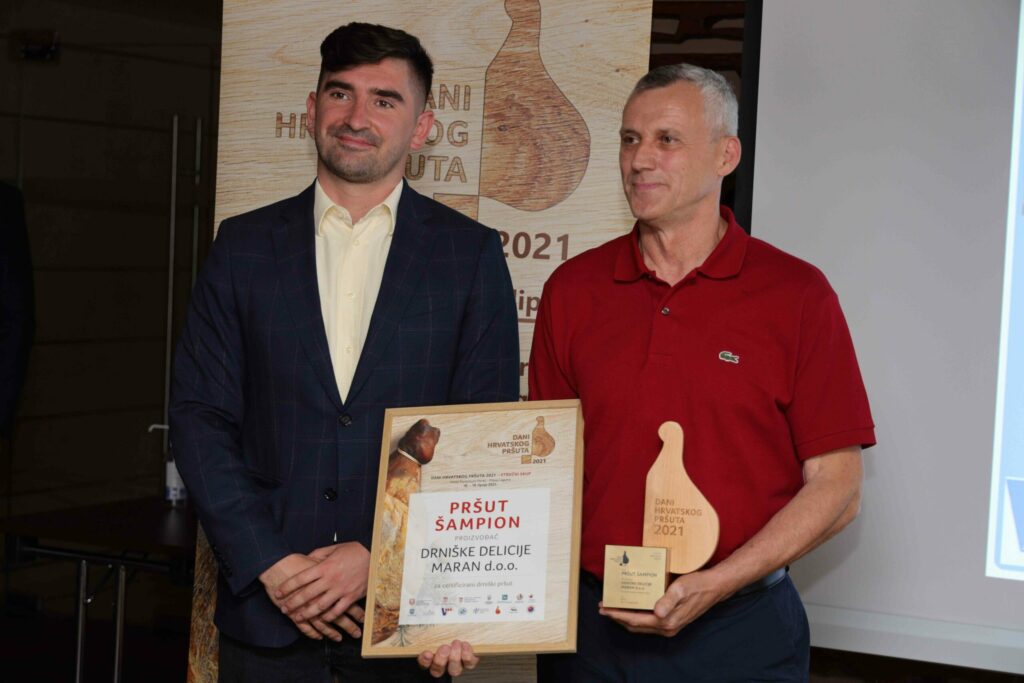 It is well known that girls want to be like their mothers and boys like fathers. A piece of bacon, knife, tomato, and a strong wind called “bura” that the father is looking forward to (because of the drying of prosciutto) are pictures that Mr. Zoran remembers from his distant childhood. Drying cured meat products, just like his father, and making a job out of it, was a logical sequence of events. 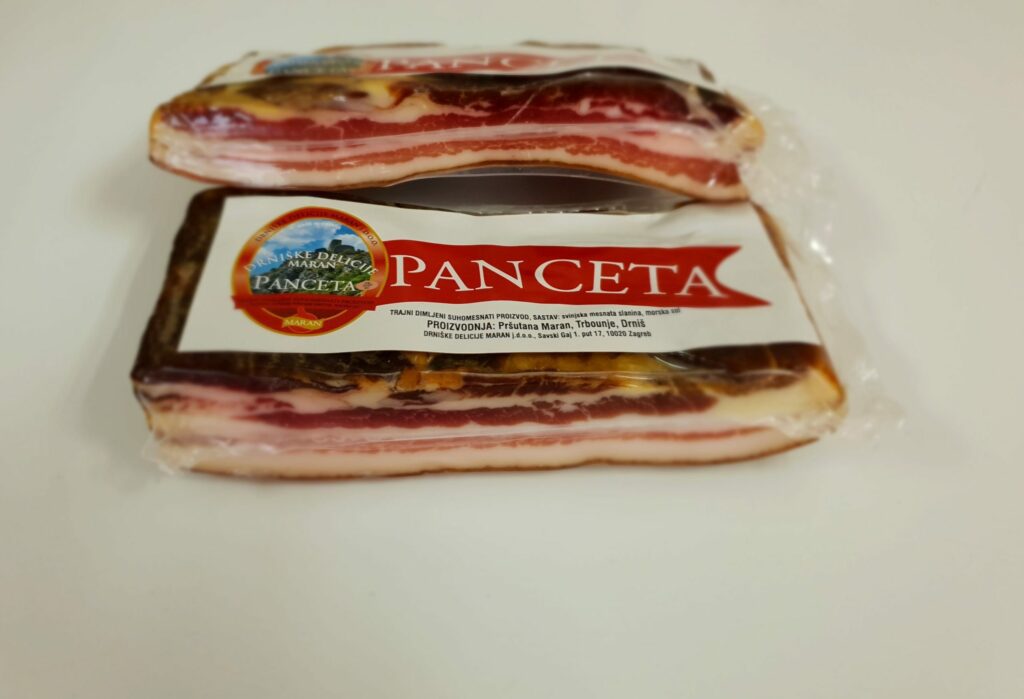 However, not only these “fragrant” images are etched in the memories, but also those that are less beautiful, rough, and realistic – there is no rest in this job, a day of 28 hours would not be enough to solve all obligations, and sacrifices are part of everyday life. Nevertheless, the desire to perfect the traditional recipe and make it available to everyone was louder than the comfort that the Ćevid family might have enjoyed if in 2006 they had not started a story called Drniške delicije Maran.

Bureaucracy, endless paperwork, and standardization of production are just some of the challenges they faced right from the start, but finding a market and gaining customer trust, were the most difficult ones.

But don’t be fooled, this is not a story of toil, futile effort, sweat, and problems. Faith in the quality of their own product, dedicated work, and perseverance have brought Drniške delicije Maran from a small family producer to one of the most famous cured meat producers on the Croatian market. But this does not surprise us because for them there is no excuse like: “this is not my part of the job”. All family members do everything – from production and packaging, sales and delivery to accounting and promotion. In addition, one formula should never be left out of the equation – from slaughter to salting should never take more than 72 hours. 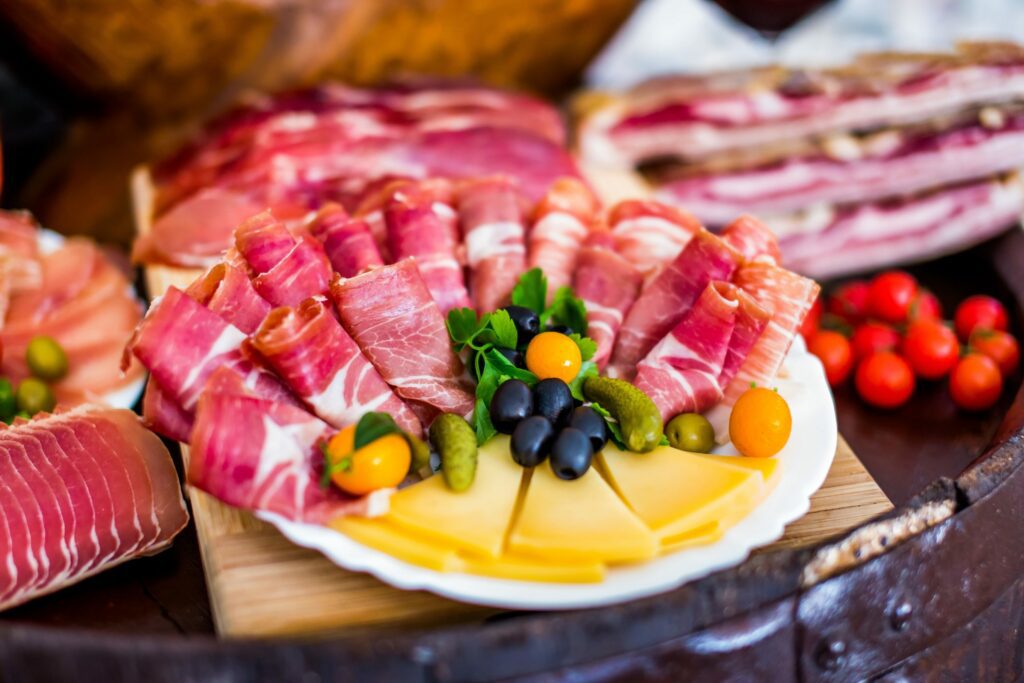 Along with the family, there are 6 hard-working workers with whose help they process almost 100 tons of fresh meat annually. Of that, 70% is prosciutto (4000-5000 pieces), which is their most important product, and the rest is pancetta, pečenica, sausages, kulenova seka sausage, ribs, cracklings, and lard. For now, they do not plan to increase production because, as we said at the beginning, this is a story about producers who choose quality over quantity. They choose the best raw material for their products. Some of them are from Slavonian farms, and some, due to the shortage of producers, still need to import. 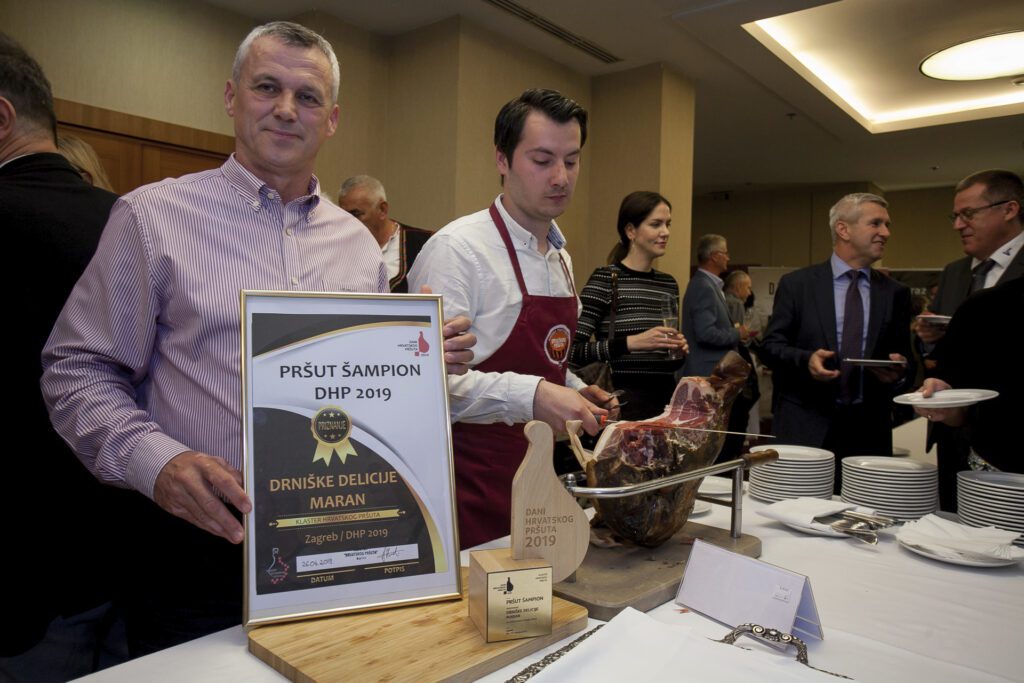 VeeMee recognized this, so you can find these products without the addition of additives and preservatives in Interspar, Tommy, Djelo, and sometimes Lidl stores. The people of Zagreb can also find them in their stores on Dolac or at Naletilićeva 23c.

If you come across several prosciuttos originating from Drniš in stores, don’t be fooled, you will easily recognize these – by the VeeMee QR code, but also by the smell that does not deceive, and breaks even through the strongest vacuums.

A small drive for premium products

Buy local, not “made in China” mushrooms