‘ANGEL TO SAVE FOOD’ Every year he saves 750 tons of food from being thrown away. Now he has a new idea: ‘We want to launch a cryptocurrency with a ‘green ‘footprint’ 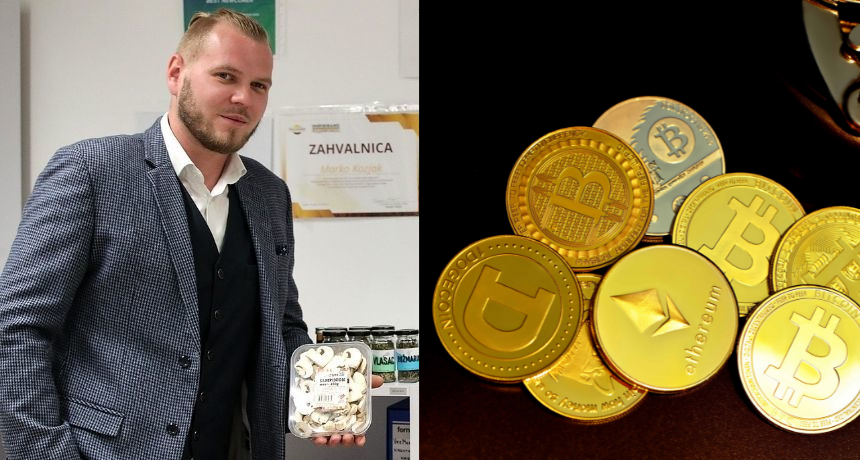 Sometimes a truckload of oranges comes back just because of a few broken boxes, then Marko Kozjak and his team come in and save the business from decay

This season’s Greek oranges set off for Croatia three days ago, a 20-ton truck was loaded, the driver followed the CRO signs for three days, passed customs, and was just one step away from picking up the oranges and arranging them nicely in a pyramid on the shelf. he raised his bat with a red NO.

He stopped a shipment of oranges and banned him from entering the store while the orange truck was still in the logistics park. They never even arrived at the store. Reason? The first boxes of oranges were crushed, the shipment swayed a bit, it turned, the oranges were rejected…

And then the phone of Marko Kozjak vibrated, who already bears the nickname of the angel for saving food. He and his partner Nikola Vido founded the company VeeMee a few years ago, and to this day they have already honed their work in which they act almost like an intervention team to save food that is on the verge of being rejected, becoming food waste.

Marko and VeeMee perform when things are on the verge of collapse when the oranges from Greece are close to the point of returning to their homeland due to a row of broken boxes.

“We redirected the truck to the warehouse where we will open it and see what the problem is. I guess the first boxes shattered a bit on the way to Croatia and the technologist, who controls the shipment before entering the store, refused. If we can, we suggest a solution, sometimes you just need to remove a few crushed boxes and rearrange everything a bit because the rest is fine, and then that truck can be sent back to logistics for inspection and the oranges can be in the store in one day. That’s what we do, otherwise, the oranges would return to Greece, in those three days they would probably be even more damaged and become waste, “said Marko, who reveals all the problems in the supply chain and why all food shipments are rejected.

When shipments are rejected, the business actually fails – the farmer, who sent the oranges, the trader who didn’t get them, the carrier who drove back and forth for nothing. And in the end, the whole orange truck is damaged due to, at first, only a few loose and crushed boxes. Vain work and something else – unnecessary emissions of tons and tons of CO2.

And the calculation goes like this – for a kilogram of food that becomes waste, 1.26 kilograms of CO2 are emitted. Thanks to Marko and his intervention team VeeMee, about 750 tons of food are saved in Croatia every year and unnecessary emissions of about 1000 tons of CO2 are prevented.

In conversation with him, his cell phone does not stop ringing, his number has long been many. Almost all logistics chains in Croatia rely on the solutions offered by VeeMee.

And Marko used to hone his job by working as a manager in a concern where he met logistics chains “at heart”, saw all the errors in the system, so he gained experience as to why food is most often thrown away in logistics. He also looked at situations in which he deeply felt that tons and tons of food could be saved because it was a matter of seemingly minor mistakes, not problems that the food was of poor quality or bad.

“About 70 percent of food is thrown away because of logistics, that is, because of the wrong palette, the wrong box, the wrongly printed or forgotten declaration. About 30 percent are rejected because of quality. For example, if there is some other quality lemon in the first-class lemon and the quantity of the second-class lemon exceeds the allowed two to four percent. Such a shipment will be rejected and it is returned to the producer and, as a rule, it becomes waste, such a lemon is simply thrown away “, says Marko about the problems in the supply chains that occur every day.

It should also be said that technologists, who control every shipment of food before it enters the store, rightly reject a shipment stating that it is a first-class tomato, and he estimates that there are too many second-class tomatoes. The technologists are a dam and a sieve that cleans the goods so that what is declared in the shipment really arrives on the shelves.

Then they will reject the shipment from the Netherlands if the year of harvest 2021 is typed on the declaration by mistake, and we are already in 2022. And that was – the rejection of shipments due to a mistake and the fact that a new, corrected declaration must not be pasted. All this simply returns home, to the Netherlands, Spain, Greece…

Such problems and errors in the system have bothered Mark, who has created solutions to some of the “logistical” problems when it comes to healthy food. This is how VeeMee was created, with which it saves about 750 tons of food every year. Impressive, but the problem is far greater.

“In Croatia, 40 to 80 tons of food are discarded every day, and during the tourist season it goes to more than 200 tons,” reveals Marko.

He solves only a drop in the sea of ​​food waste and notes that it is actually “invisible” food, because it is not seen by the buyer, did not even arrive at the store, because it refused and became waste while still in the truck, truck.

Saving food, Marko points out that the beauty of his job is that they often intervene and pick fruits and vegetables of lower quality, which is also not rejected.

“What we choose to be second class, we focus on food outlets. True, sometimes you can see that some fruits or vegetables have spots, dashes on them, but that food is good and does not have to become waste “, Marko is proud.

His experience also shows that there is a lot of talk about the problem of food waste, but that really few people want to deal with it sincerely, roll up their sleeves and create a solution. But many notice his effort and say he always hears the same question in conversations with Italians, Hungarians, and Germans: “Why didn’t he create a solution to prevent food waste at the EU level.” He explains that their model is not easy to replicate in other countries, although he is already working with 28 foreign partners from 12 countries.

But the benefit is there, through its business model directly reduces the generation of food waste, and always returns to the green component, reducing CO2 emissions.

“It is often difficult for people to understand how we are contributing to the reduction of CO2 emissions, and it is easier for them to understand when someone says that planting a tree directly affected the reduction of one ton of CO2. The truth is a little different, even when we plant a tree, it will take 20 years, a species such as pedunculate oak, and 40 years before it grows and gains the ability to absorb a ton of CO2. But if we save food from direct dumping, the effect of reducing CO2 emissions is immediately visible, ”says Marko.

And it is by directing the conversation towards the sustainable, towards reducing CO2 emissions and green, that Marko is discovering new ambitions and a vision that seems to be at his fingertips.

“We are currently in negotiations with the investor on a project that emerged as an idea three or four years ago. But in recent months we have been working intensively on grinding the details. We want to launch IDO or Initial DEX Offering. It would be our cryptocurrency that would be closely linked to the story of sustainability, reducing CO2 emissions, and our green component. But what would make the VeeMee cryptocurrency special is that it would rely on the physical work we do every day, it wouldn’t be a completely virtual story that can’t be touched, “Marko reveals?

Not wanting to reveal all the details yet, just enough to have great ambitions, for many to understand the problem of food waste and the ecological footprint in the generation of that waste, he says that there are those who are ready to invest in a good story. 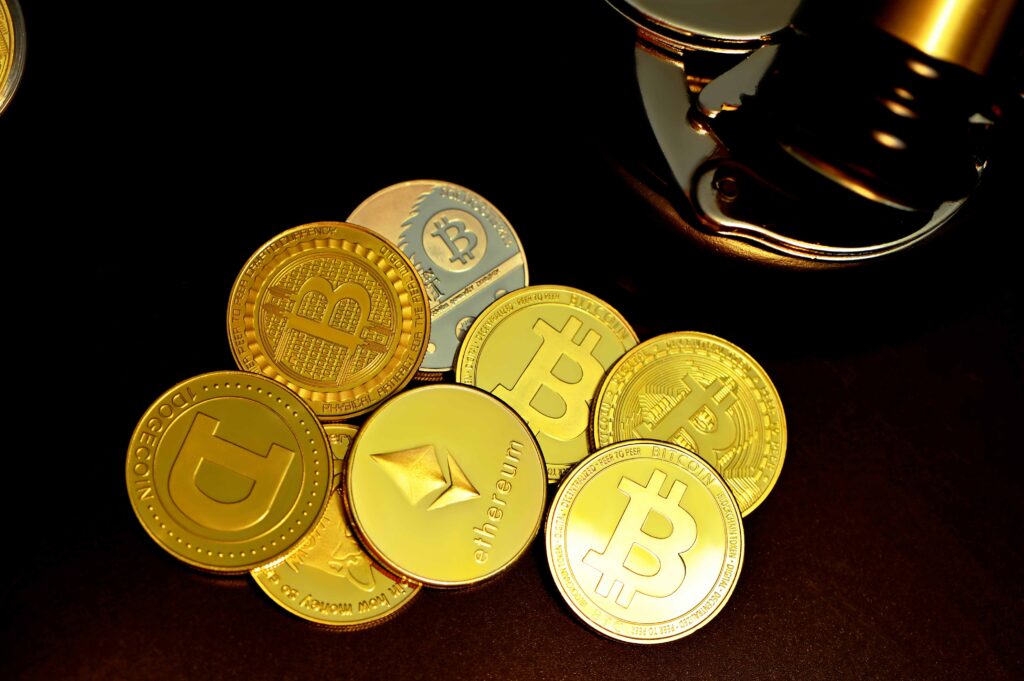 We should also mention that Marko created a food traceability system through VeeMee, so that by scanning the QR code in the store on his mobile phone, the customer can read who grew, for example, the salad he will buy, but also all the details of life. he produced it. The traceability system was created by Marko and his partner Nikola Vida for a simple reason – they wanted to allow their children to know what they are eating, where it comes from, and how it was raised. About 25,000 tons of food are circulating in their traceability system.

From appetizers to desserts in Krapina-Zagorje County