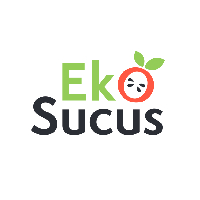 Organic cultivation and processing of fruit

EKO SUCUS d.o.o. has a tradition of organic fruit and vegetable production that has followed us through the generations. Apple juice has been produced in the family for more than 50 years.

With the establishment of Eko Sucus, the idea of ​​commercial organic fruit production and placing the apple as an organic product on the market was realized.

We have planted an orchard that covers more than 3 hectares in the Municipality of Rugvica, whose temperate climate of the continental type with warm summers and moderately cold winters perfectly suits the increasingly rich harvest from year to year. It was planted in 2015 and consists of 9,000 apple seedlings, of which 3,000 are Topaz seedlings, 3,000 are Florina seedlings, 1,800 are Mercury seedlings and 1,200 are Sirius apple seedlings.

We have raised the orchard to the highest standards, invested in the purchase of modern equipment, with completed agro-technical measures. Cultivation takes place without the use of pesticides and herbicides. The orchard is equipped with a drip irrigation system, a safety net and an antifrost system to prevent frost damage.

Dedication to work and love that binds us to the fruits of the earth have given excellent results already in the first products offered on the market, fresh apple fruit and Eco Appy apple juice. Rewarded by the satisfaction of our clients, we continue to strive to maintain the level, quality and naturalness of our products.

WHY ECO CULTIVATION? WHAT ENCOURAGES US?

Its fruit is medium or large, its shape is a slightly flattened ball. The surface of the fruit is almost completely dark red with a characteristic white mask on the fruit.

The flesh of the fruit is yellowish-white, hard, crispy. The taste is sweet, the ratio of sugar and acid is ideal.

It ripens in late September, early October, and can be stored until February.

Formed by crossing varieties: Rubin and Vanda * one of the few disease-resistant varieties and therefore suitable for organic production in plantations.

The fruit of the apple is medium-sized to large, slightly spherical in shape, the skin is greenish-yellow, three-quarters covered with stripes of orange-red.

The taste is dominated by a pleasant acidity, reminiscent of old varieties of apples.

Harvest time is the last decade of October.

There are no special requirements for storage and it is very well kept (March).

The fruit is large to extremely large spherical shape. The surface of the fruit is completely yellow – when overripe, it gets a slight blush.

The flesh of the fruit is yellow-orange, crispy and very juicy with an aromatic taste; uniform sweet-sour ratio, suitable for gourmets.

It ripens in late September, early October, and can be stored until March.

The fruit is medium-sized and flattened spherical in shape.

The basic colour of the fruit is yellow which is covered with 60 to 90% red to dark red colour.

The flesh of the fruit is yellow, crispy, firm and very juicy with an aromatic taste; sweet with less acid than topaz.

It ripens in late August, early September, and can be stored until late February, early March.

The company’s headquarters in Hrvatski Leskovac – apples and juice

The company’s headquarters in Hrvatski Leskovac 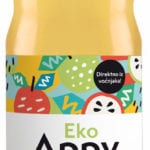 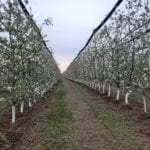 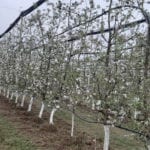 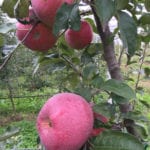 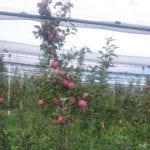 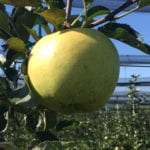 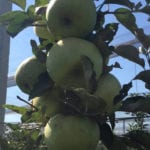 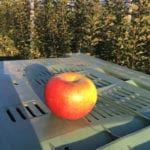 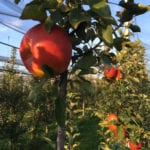 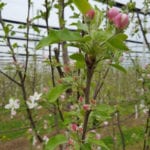 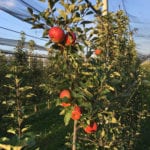 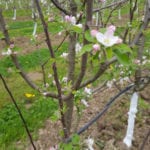 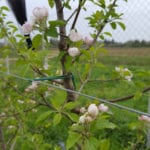 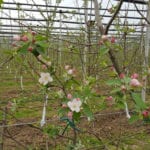 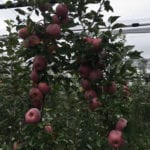 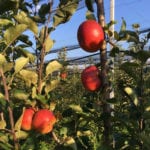 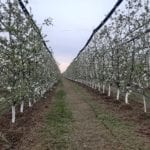 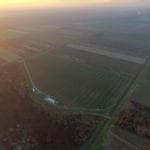 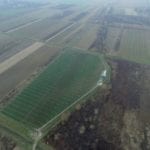 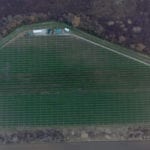 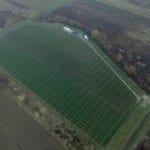 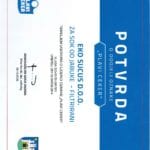 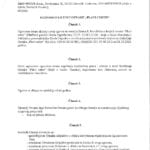 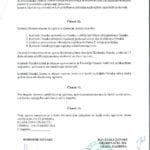 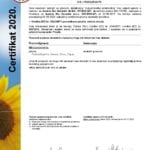 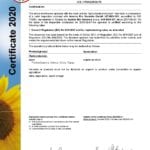 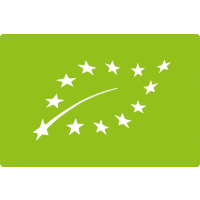 Mrkvica - a shop for every day