Drones in agriculture? In BiH, a rarity, but a trend in the world 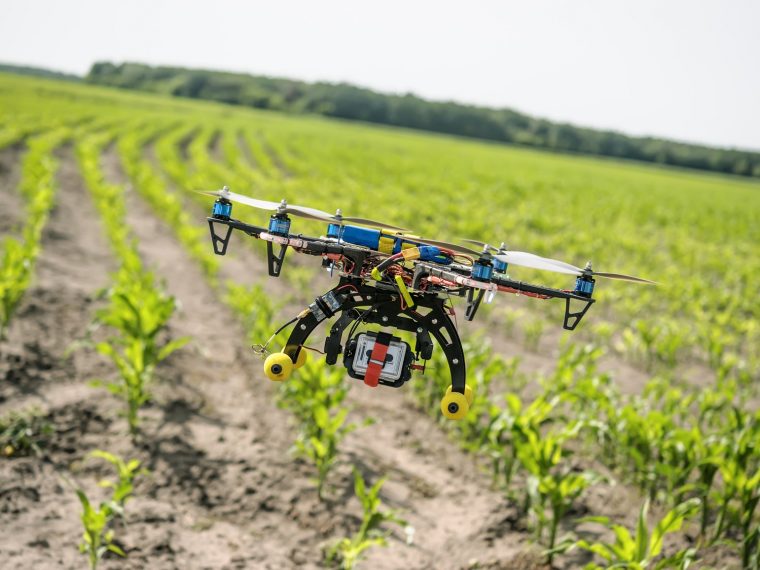 Monitoring the overall condition of a crop, its progress and development, as well as virus detection – these are just some of the advantages of using drones in agriculture.

Although in recent years they have become a global trend in modern agriculture, in the domestic and regional markets, drones are almost not used. The reason for that is most often the price, but also the insufficient information of farmers about their benefits. Manufacturers rarely choose to use it due to unclear legal regulations, as well as possible abuse.

However, experts claim that the new era of agricultural production began with the use of (agro) drones. The unmanned aerial vehicle, which weighs about 10 kilograms, equipped with cameras and sensors, has the ability to collect a large amount of data. Thus, farmers have an insight into the condition of the crop, its progress and development at all times, and they can timely notice irregularities and decide what measures to take in order to eliminate losses in time and reduce costs.

Farmers, with the help of drones, can more easily know when it is time for irrigation, nutrition, protection from pests and plant diseases and other agrotechnical measures. (Agro) drones can also collect precise data on the land on the basis of which it is repaired, all in order to provide the best possible conditions for the cultivated plant.

For the use of (agro) drones, the key word is speed – detecting problems, acting and solving them with minimal consequences. It is estimated that their use has a positive impact on the environment, because the use of protective equipment is placed within the framework of real needs.

Previous practice in the world has shown that a (agro) drone can capture up to 4,000 ha of arable land in one day. Critics of their use in agriculture are of the opinion that it is difficult and even impossible to process so much data and apply the right measures.

Regardless of the positive and / or negative sides of the use of (agro) drones, experts predict the great potential of these agricultural aircraft. This is confirmed by the data of the company “Lux research” in the field of new technologies, because it is estimated that in 2025 the value of the commercial drone market will reach 1.7 billion dollars, of which 350 million dollars are unmanned aerial vehicles adapted for agricultural use.