Buy local, not “made in China” mushrooms 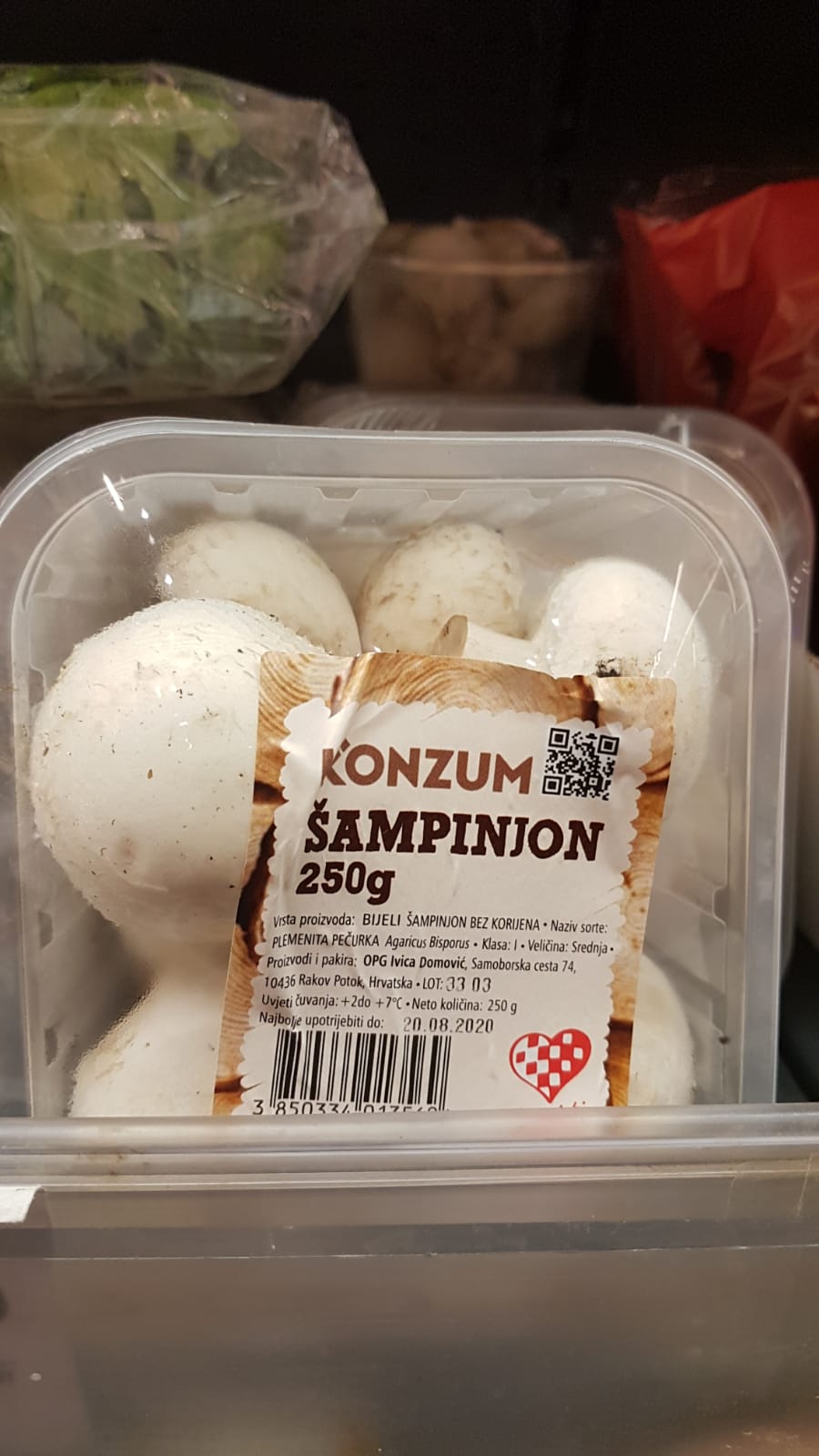 It is an old story that Croatia does not use its agricultural potential, but did you know that we buy Chinese mushrooms in stores instead of Croatian ones? Due to its geographical position throughout Croatia, the soil is suitable for growing and producing mushrooms sufficient for the needs of the entire domestic market, but also beyond, but of the 2,000 tons of mushrooms sold annually, as much as half is imported. Imported mushrooms are not the ones that come from the Domović family farm, and this is the story about them

Insufficient commercial production is not affected, as one might think at first, by low earnings or large investments. Mushroom growing is an activity from which people can make a good living. Our Domović family recognized this back in 1995, when they switched from growing strawberries to growing mushrooms. Because, strawberry is a seasonal fruit, and electricity and water should be paid for all year round, right? 😊

And in order for electricity and water to pay, it is necessary to diligently and persistently fulfill your obligations. For the Domović family, they start before the sun rises, at 5 in the morning. The delivery of mushrooms to shopping malls, bakeries and restaurants starts then. Depending on the amount of mushrooms, employees start harvesting in the morning or afternoon, followed by packaging. Aside from the fact that they are certainly tastier than the Chinese, do you know what makes these mushrooms special and gives them added value? VeeMee QR code! As they themselves say: “We believe that the cooperation with VeeMee has helped us a lot because the future of agriculture is in digitalization. People around us are increasingly aware of the importance of domestic production, and in this way they can be convinced of it with one click.

” In Konzum or Velpro, you will find packaged white and gold mushrooms, oyster mushrooms and shiitake mushrooms from the Domović family range.

Six employees make sure the mushrooms arrive on the shelves on time, and with them, they say, they function like a real small family. Due to the dynamics of the work, family members are always available to them because additional help is always welcome. Years of working together were also marked by many anecdotes. There was, they say, everything from romantic picking of mushrooms under candles due to a power outage, all the way to digging a tunnel through the snow to get to the employees.

They go through anecdotes as well as trough challenges and difficulties together, and they state that getting compost is the biggest challenge. Are you wondering why this is a challenge? Well, here is another sad story of Croatian agriculture:

Mushroom growing requires compost that can be made or can be bought ready-made, pre-sown, which is the most common practice of our farms, including the Domović family farm. Ready-made compost, which can be obtained, is imported, mostly from Hungaria, Dutch or Italy, and they differ in quality. Yes, you understand well, there is no composter in Croatia, so raw materials must be procured from abroad. And now we come to the problem/challenge. In both summer and winter, it is necessary to maintain a constant compost temperature of 22-25 ° C and humidity of 70-90%. Thus, compost is a very perishable commodity, and in order to prevent its decay in the summer days, which would lead to a shortage of mushrooms, its delivery should be done at night. Also, in winter they must be careful not to let the compost get too cold during transport, because due to cooling, the mushrooms would grow much more slowly. We often ask ourselves how to recognize poisonous from edible mushrooms. The good news, they say from OPG Domović, is that there are no poisonous ones in conventional breeding. All mushrooms are healthy and edible. The compost on which mushrooms grow is composed of straw, manure and chicken manure, and mushroom seeds that are pasteurized at high temperatures. Subsequently, the compost is watered exclusively with water and the watering and humidity of the mushrooms are regulated. So customers are safe!

Reading the lines of this “sad story of Croatian agriculture”, we hope that we gave someone the idea to start a new business!

And while they will certainly not have competition, the Domović family does not see their own as such. Their motto is “together we are stronger”, so they go through common difficulties with other breeders, exchanging advice and experiences.

And as long as they work together, we have the hope that one day we will not have to look for the country of origin on the shelves of mushrooms, because we will be sure that we are “buying Croatian”. Apart from supporting Croatian mushroom growers by choosing these mushrooms, the fact that we are doing good to our organism is even more important. Namely, mushrooms are extremely healthy foods, and if you missed their effect on the human body in our previous blog, click:

And that’s why, instead of Chinese, our choice are mushrooms from the Domović family farm!

„A jar of health“ that will make you cry